Off-line sStrategies for On-line Publications: Preparing the Shelley-Godwin Archive for Off-line Use

Digital scholarly editions and archives are typically published on the web, which makes it possible to create interactive and reading experiences with the potential of reaching worldwide audiences. When text is encoded with care, for example by adopting the Text Encoding Initiative standard, it becomes possible for the same encoded content to be delivered in other formats and media, such as e-book and PDF for print. Web-based interactive digital editions, however, are the most efficient in utilizing the interactive and interconnected features of the web for presenting both text and the editorial scholarship that produced it. Ongoing scholarship around minimal computing and minimal editions has pointed out some important, yet addressable, flaws of many TEI digital editions. Bloatedness of infrastructure, for example, particularly when paired with rapid technical obsolescence and changes in funding, can hamper long-term preservation efforts; weighty resources may not be easily accessible from slower connections; and online-only access to a digital edition can be an obstacle to the world-wide access potential highlighted earlier.

The Shelley-Godwin Archive (S-GA) has taken steps to reduce its infrastructure footprint by generating a static site: in its production form, with the exception of its search index, S-GA is a collection of TEI, HTML, CSS, and JavaScript that can be hosted on any server without needing to set-up any server-side component (see Fig. 1). 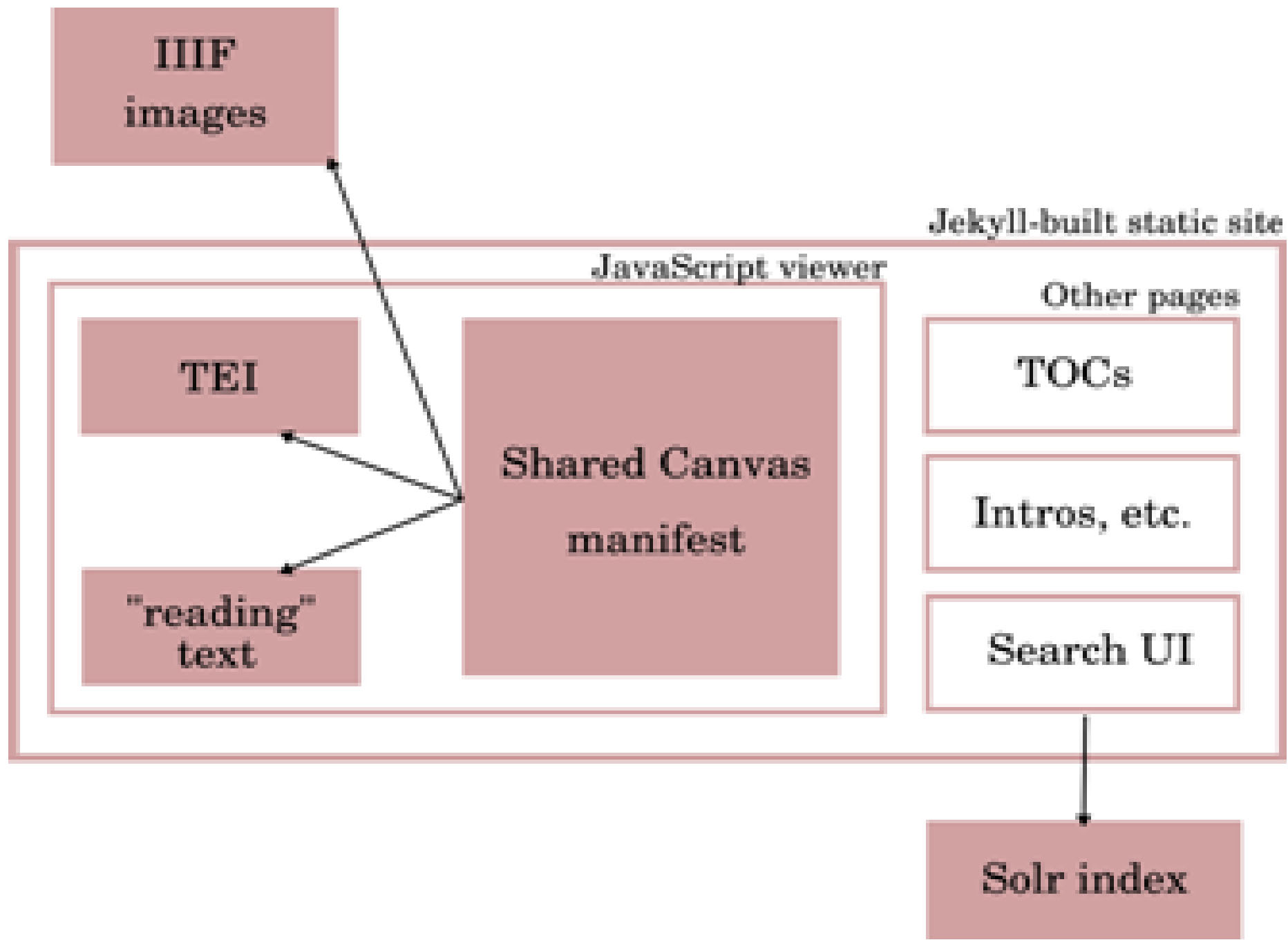 This approach also makes it possible to bundle resources together for off-line use. This poster will show three potential approaches to creating off-line resources for an on-line publication: a one-document HTML bundle, a compressed archive of resources and an Electron desktop application. Unlike a PDF or e-book version, these downloadable resources will preserve the functionality of S-GA’s website (with the exception, for now, of full text search), thus making the archive more usable in a potentially greater number of cases, including increasing access for users with slow or no internet connections.