This poster presents a new phase in the development of
SpatioScholar which is a platform for studies that require spatial and temporal processing, visualization, and analysis, including art/architectural history and urban research (Wendell et al., 2016). The platform is a scholarly application created in Unity3D synthesizing 3D models with textual information and research documents. (Figure 1)
SpatioScholar provides a computational close reading system for spatial and temporal data sets by using the following functionalities: (1) through a timeline slider, it demonstrates the phases through which a certain building or location passed; (2) through a simulation, it provides the viewer with the ability to experience the space in first person, and to track any desired aspect of life inside buildings or locations; (3) through a reconnection of the primary materials and the conclusions derived from them, viewers can browse and review the relevant information (photographs, drawings, textual primary documents etc.) that are cross-referenced with the “scene;” and (4) through a “Shared Scholarship” feature, viewers and users can leave notes, comments or browse others’ notes. 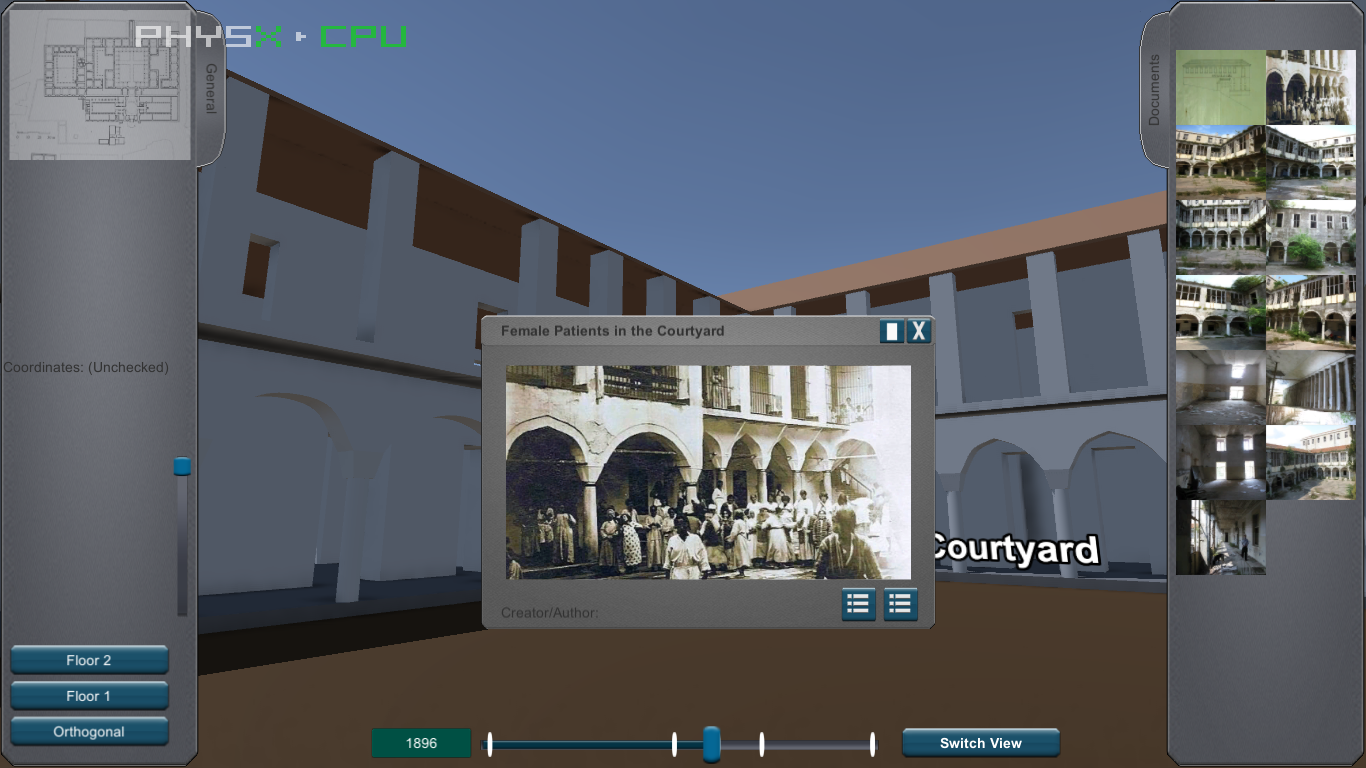 At this phase of the
SpatioScholar development, we are testing the platform with photogrammetry models. (Figure 2) Photogrammetry is a computational process coordinating optical data recorded in a series of photographic images, solving matched data points for a 3D point cloud, and outputting a 3D model with applied photographic textures. The benefits of photogrammetry to digital art/architectural history and digital heritage in comparison to traditional 3D model building are well debated (Allen et al., 2003; El-Hakim et al., 2007; Webb, 2016). While other scholars have included photogrammetry data in spatial simulations (Ozer and Nagakura, 2016), we are extending this line of work by integrating a sharable spatial annotation feature within a single distributed application. 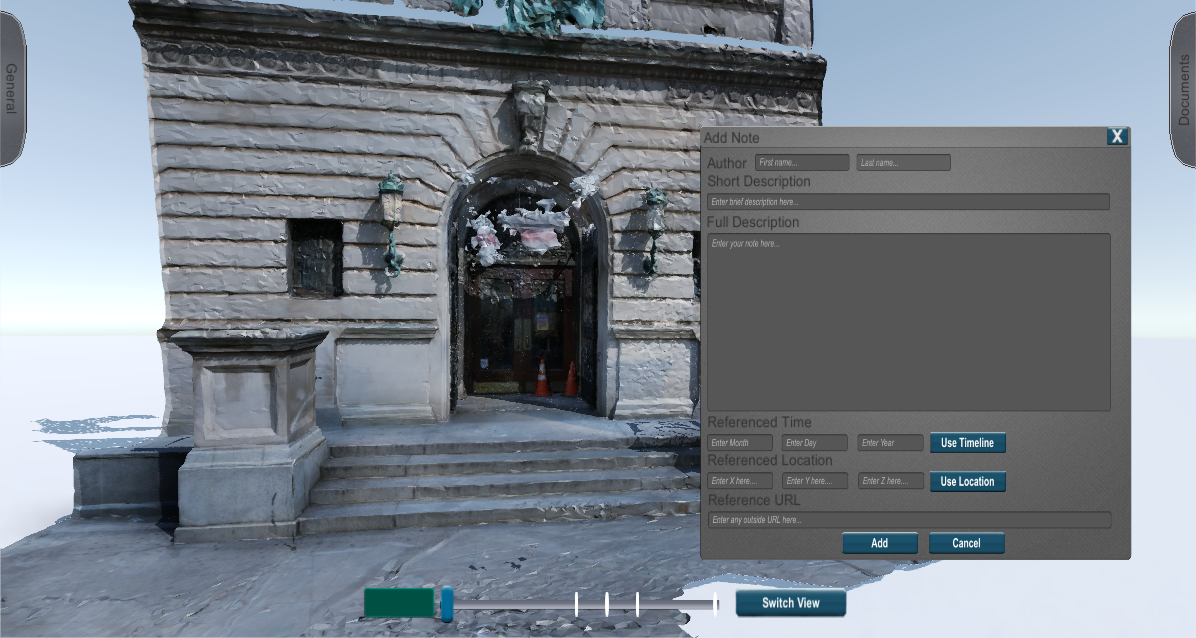 Figure 2. A photogrammetric model imported into SpatioScholar. The “Add Note” interface element shown is used for the sharable spatial annotation

Incorporating photogrammetry in
SpatioScholar presents multiple advantages: first, it eliminates the need to create a 3D model from scratch for projects that are not previously modelled. Second, the use of simple photographic data allows non-technical or non-traditional users to capture, research, and create accurate 3D representations of space, even with smart phones (6). Adapting
SpatioScholar to photogrammetry will widen the user base as this technology becomes more readily available and accessible in the field.

SpatioScholar implements a custom developed space based annotation toolset that allows notation of the photogrammetric 3D model through a web accessible database. This feature, combined with a WebGL delivery mode allows a research project to be delivered via the web in the same interface for input, comments, and collaborations without the need to transfer or use another medium. This single interface in
SpatioScholar combines the
research phase inherent to scholarly production and its
sharing with the outside world.

The components that create the
SpatioScholar functionality within Unity3D are programmed elements that actively manage models, database interaction, user interface, and primary source document coordination. As it stands now, the user imports an FBX format version of photogrammetry model into a Unity3D enabling all the functionalities of the platform by using a previously created “SpatioScholar Unity3D Template Project.” By dropping their imported FBX file onto the coordinating
SpatioScholar component, Unity3D creates temporal, primary document and annotation associations based on existing metadata mapping within the FBX file.

SpatioScholar was conceptualized first and foremost as a platform to facilitate and share research, not as a tool to merely navigate the virtual reconstruction of a building or site. The incorporation of photogrammetry as a fairly accessible technology into the platform paves the path to opening of the platform to a wider user-base that can employ its functionalities to foster research. This poster demonstrates the potentials in bringing spatial data into
SpatioScholar to create a web-distributable spatial research project, by enlisting temporal awareness, trajectory tracking, primary document coordination, and shared annotation features.