The Digital Ghost Hunt: A New Approach to Coding Education Through Immersive Theatre 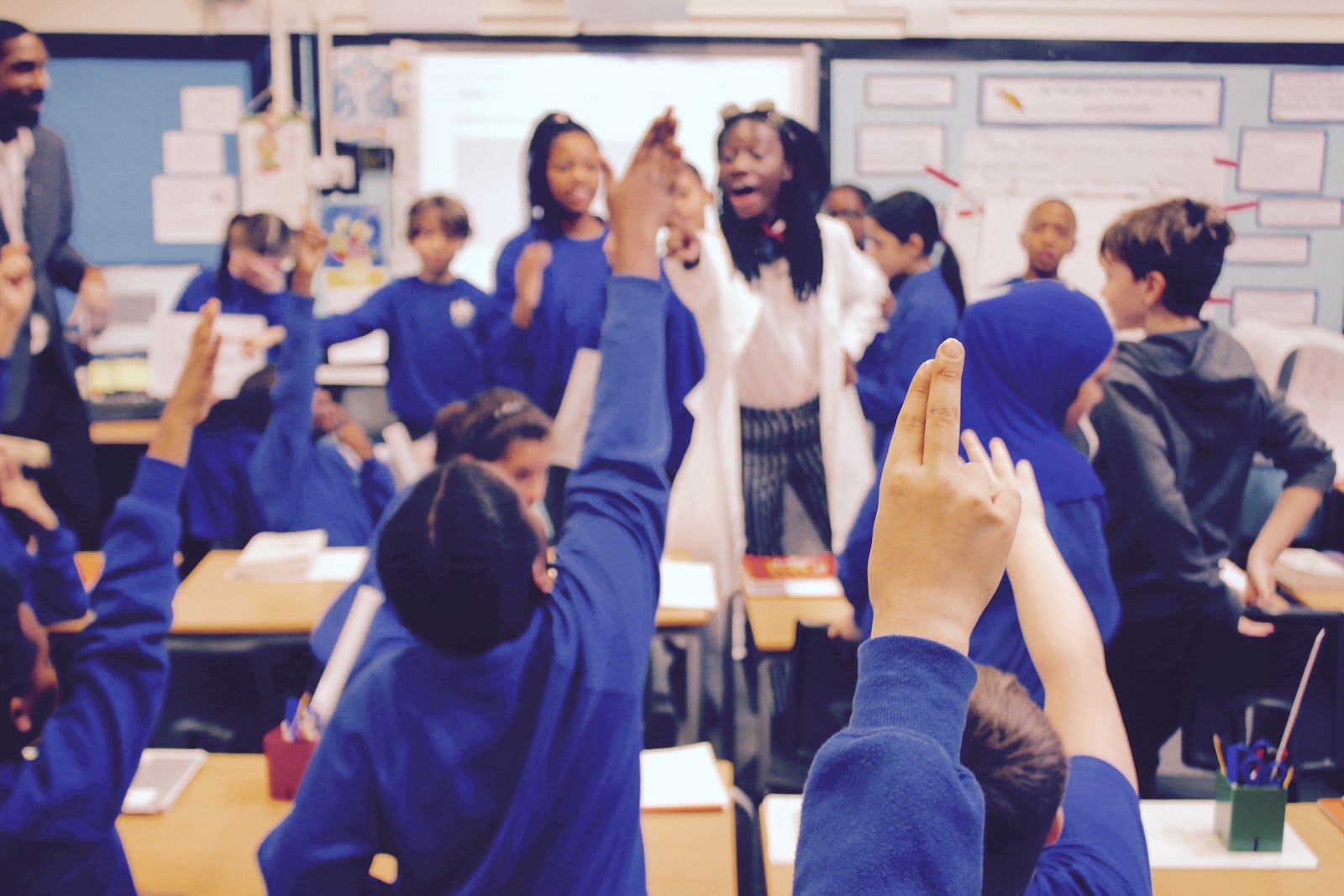 The Digital Ghost Hunt combines coding education, Augmented Reality and live performance into an immersive storytelling experience. S
tudents ten to eleven years old (Key Stage 2 in the UK) will explore the haunted Battersea Arts Centre with devices they’ve learned to program themselves. The key objective of The Digital Ghost Hunt is to present technology to students as an empowering tool, where coding emerges as – and fuses with – different forms of storytelling.  It seeks to shift the context in which students see coding and engage groups who may be uninterested in or feel excluded by digital technology, opening up an imaginative space through play for them to discover the creative potential of technology on their own terms.

The Digital Ghost Hunt has been awarded funding through the UK Arts and Humanities Research Council (AHRC) New Generation of Immersive Experiences call, as part of an application led by Mary Krell, Senior Lecturer in Media Practice at the Centre for Material Digital Culture in the University of Sussex.  A ‘scratch’ – a prototype of the experience – will be developed by Elliott Hall of King’s Digital Lab and Tom Bowtell of Kit Theatre.  It will be performed at the historic Battersea Arts Centre with a two-form entry of students from local schools.

2.
Structure of the experience

The Digital Ghost Hunt is split into two parts.  The first part begins with a regular coding class that suddenly goes haywire. While the teacher is trying to restore order, the lesson will be interrupted by Ms. Quill, Deputy Undersecretary of Paranormal Hygiene (Ghost Removal Section).  She will enlist their help in the Ministry’s work as apprentice ghost hunters. Students will use a simplified Python library to program their ghost hunting devices, which are based on two microcomputers: the Raspberry Pi and the BBC Micro:bit.

The coding in the project will focus in particular on two learning goals of the UK’s National Curriculum: “Design, write and debug programs that accomplish specific goals, including controlling or simulating physical systems; solve problems by decomposing them into smaller parts,” and “Use sequence, selection, and repetition in programs; work with variables and various forms of input and output.”  It will teach students to take the overall goal of their devices – detecting ‘paranormal’ phenomena – and break it down into the discrete input, analysis and output tasks required, aided by the project’s abstracted libraries.  How they combine the functions of these libraries will be up to them, and will rely on their understanding of the fundamental logical structures of programming to analyse sensor data, apply it to an algorithm, and debug when things go wrong.  The project will also introduce students to embedded computing through the devices themselves. The emphasis will be on students taking ownership of their devices, deciding which of the ghost detectors they want to build and how it will work.

The second part is a ghost hunt, an immersive experience combining Augmented Reality (AR) and live theatre.  Students will work together in small teams, using their devices to find objects and areas touched by the ghost.  These traces will be both virtual objects in Augmented Reality, and actual physical phenomena such as radio waves, ultraviolet paint, and high-frequency sound.  Each device will have different capabilities, forcing the students to work together to get all the clues.  The ghost will in turn communicate with them, given life by actors, practical effects and the poltergeist potential of the Internet of Things.  Only by using the devices they have programmed and working together can students unravel the mystery of why the ghost is haunting the building and set it free. 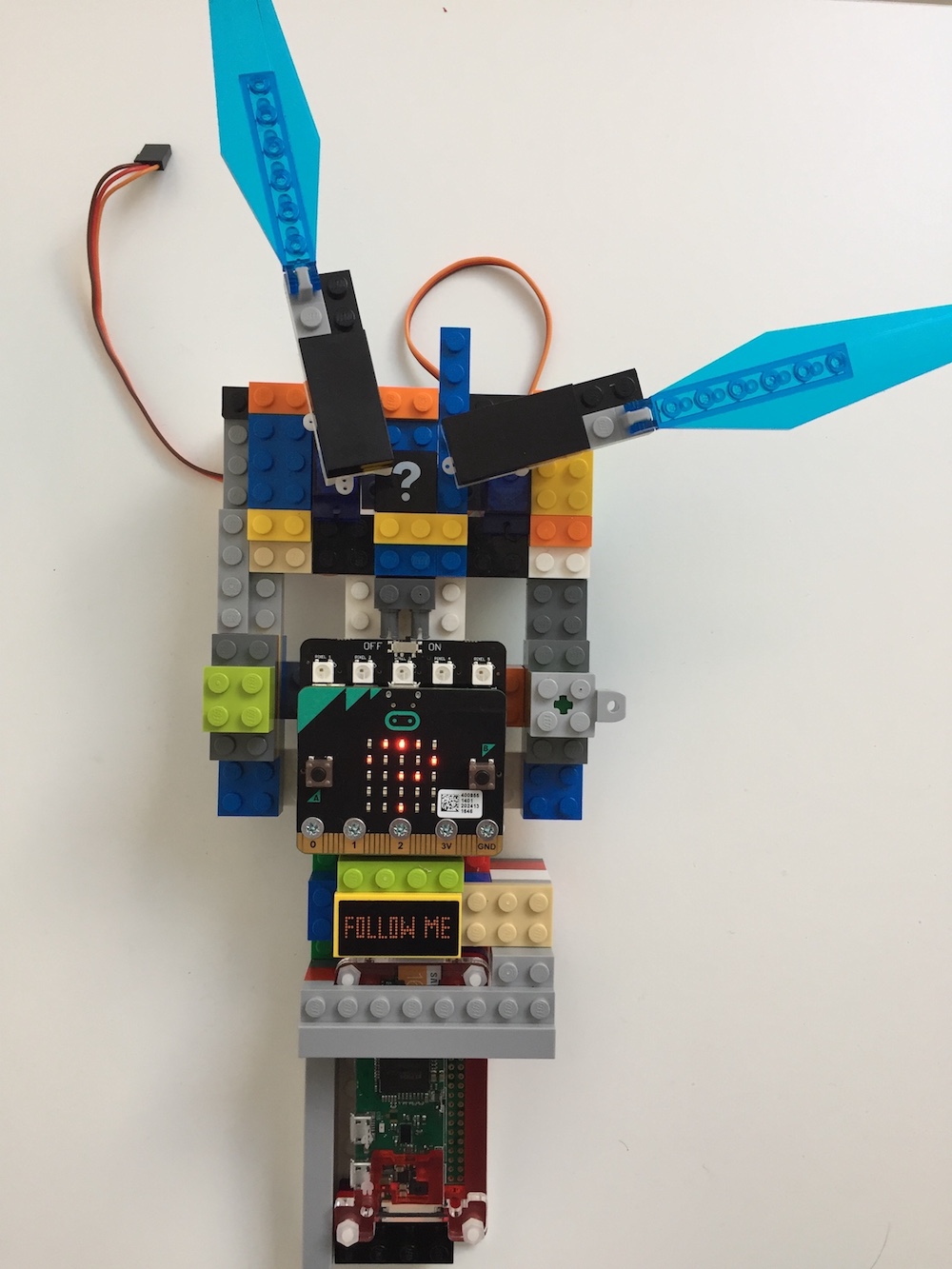 Young people’s familiarity with digital products are increasing, but their interest in learning the technology behind it is not, as evidenced in the UK by the low take up of the new GCSE in Computer Science (BCS, 2017).  T
eaching coding in schools is promoted by the UK Department of Education (DOE, 2014), but students often experience coding education as a classroom assignment, divorced from their intuitive and creative experiences with commercial digital applications.

There are several applications now using AR as a teaching tool (for example, The Battle of Mount Street Bridge (Schreibmen et al., 2017) and Virtual Roman Frontiers (Wilson at al.)) and initiatives to teach children coding, from commercial apps to coding clubs and the work of the Raspberry Pi and Micro:Bit foundations.  These applications all seek the increase in engagement and experimentation that can occur when ‘work’ is reframed as ‘play.’ (Pellegrini, 2009)

However, these applications all take place within a screen, an approach that creates its own problems. A screen can shift a user’s attention to the digital environment to the exclusion of the physical one. (Chrysanthi, 2012) The Ghost Hunt’s approach is to bring AR interaction fully into the physical space without the mediating influence of a screen, reconnecting audiences to the world around them.

The addition of immersive theatre reframes the experience again, from ‘play’ to ‘performance.’ This second shift is important to reach groups not engaging with existing digital resources. In 2016, girls made up just 20% of entrants for the computer science exam, while pupils on free school meals made up just 19% of GCSE entrants even though they are 27% of the population (Cellan-Jones, 2016).  Performance may draw in groups who would otherwise be uninterested in or feel excluded from traditional Computer Science education.

However, the performance should not be seen as secondary in any way to the coding elements of the project. The aim of the project is to expand the imaginative possibilities of digital technology through play; the coding elements are the means to that end, not the other way around.  The Ghost Hunt seeks to shift how the context of computer science is perceived, from a skill intended only for a narrow group to a tool of creativity and play available to all.

As part of its evaluation, the project will use the student’s code and feedback from educators on how the software libraries are used, as well as video, audio and device logging during the experience.  It will be direct engagement with participants through formal and informal methods such as interviews, questionnaires and the creative material they create as part of the experience that will provide the crucial method of evaluation. The only way to assess the pedagogical value of the project in terms of creating a new and sustained interest in the possibilities of digital technology will be if students create new things on their own initiative, independent from the project’s setting and materials.  This metric is beyond the scope of the pilot project but is something the project team are eager to explore in subsequent phases in collaboration with the educational partners.

The lessons of the Digital Ghost Hunt scratch funded by the AHRC will direct refinement of the existing tools towards developing a technical and conceptual framework that can be adapted and implemented for different locations, stories and audiences. This short paper aims to present the practice-based collaborative framework of the Digital Ghost Hunt as conceived by its creators in its first funded iteration to elicit feedback from the Digital Humanities 2018 participants and integrate it into future development.